Five Charts Showing a Gradual Rebalancing of the Oil Market

Neither the decreases in global oil supply nor increases in demand have been as consistently strong as expected, leaving stockpiles brimming and oil prices volatile.

Almost two years after oil prices began their historic slide, the global oil market is still in the process of rebalancing—prices have unquestionably remained “lower for longer” than expected, but fundamentals show signs of coming closer into balance. However, neither the decreases in global oil supply nor increases in demand have been as consistently strong as expected, leaving stockpiles brimming and oil prices volatile.

The following charts highlight a global oil market that is rebalancing, but only slowly: In the OECD, commercial stocks rose 7 percent y-o-y to 3.1 billion barrels in June, an increase in 203 million barrels. These supplies provide an estimated 67 days of forward cover, an increase of 8 days versus June 2014. Market uncertainty complicates efforts to forecast future oil prices. Investment bank estimates have varied widely over the past two years, and are now anticipating 2017 prices between $45 per barrel (bbl) and $75/bbl. As recently as Q1 2015, some banks forecast prices above $90/bbl for Q1 2016. 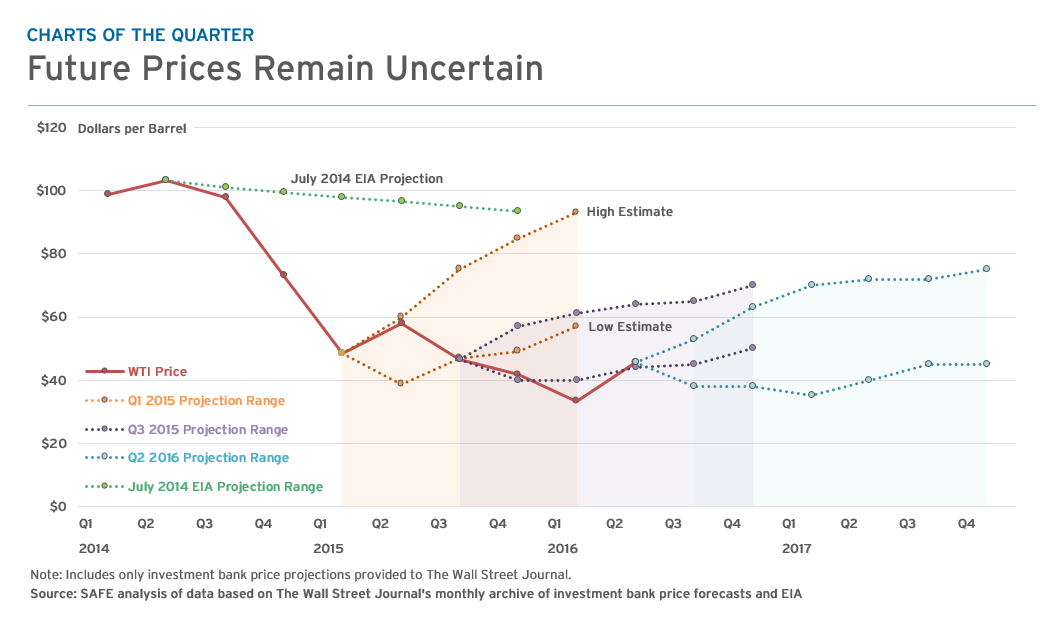